A groundbreaking study published in JAMA Pediatrics sought to answer the question of whether a preemptive intervention could reduce the severity of autism symptoms and the likelihood of an autism spectrum disorder diagnosis in infants showing early signs of ASD.

The results revealed some remarkable findings that highlight the importance of early childhood when it comes to autism.

Background of the study

The study was conducted at two research centers in Australia located in Perth and Melbourne. The sample consisted of 103 infants aged 9 to 14 months showing early behaviors associated with later ASD.

The intervention consisted of 10 sessions delivered over a period of 5 months.

What did the study reveal?

The results of this study put forth stunning revelations that have the potential of making us reevaluate how we look at early childhood approaches to autism.

Put simply, the researchers found that a preemptive intervention, when used during the child’s early years, reduced ASD behaviors when they reached the age of 3 years.

Why are these findings significant?

To begin with, this study is the first of its kind to demonstrate the effectiveness of early childhood interventions in reducing the severity of ASD symptoms.

Furthermore, it highlights the importance of early childhood interventions for autism. Usually, therapies for autism start from the age of 3, an age when children typically receive an autism diagnosis. This study sheds light on the power of identifying children as early as possible and providing them with the appropriate support that they need.

Last but not least, the study also brings to the forefront the importance of boosting communication and social skills in children. The researchers videotaped the parents and children playing and interacting during each session. The parents were then given feedback on the unique way their child was communicating. This helped the parents interact with their children more suitably and effectively.

Boosting and encouraging these back-and-forth interactions will have positive implications on the child’s overall growth and development.

Not only is this research and its approach novel and unique in and of itself, but on top of that, its findings provide a glimmer of hope for parents and their children on the spectrum!

“By Sanika Natu, M.A Clinical Psychology” A recent study published in the journal of Autism Research highlighted the positive effects of bilingualism in boosting the theory of mind, i.e. understanding the beliefs, emotions, intentions and desires of others as well as enhancing executive functioning in autistic individuals. In a country like India, where bilingualism is the norm; … END_OF_DOCUMENT_TOKEN_TO_BE_REPLACED 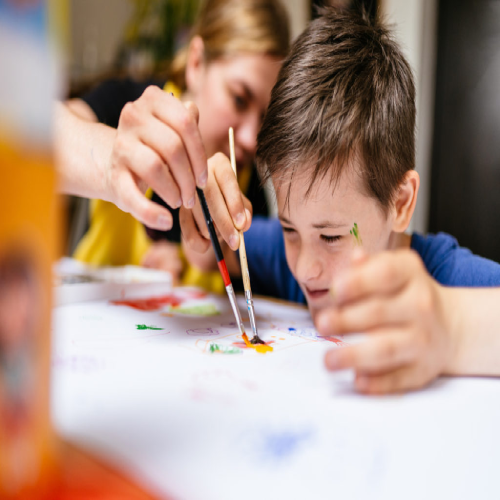