You may already know that Ayurveda looks beyond the physical body and focuses on the intellectual, psychological, emotional and social aspects of health. Even when it comes to tackling the persistent challenges of autism, the approach of Ayurvedic practitioners remains holistic.

Ayurveda considers ASD as a genetic disorder that involves a lot of dosha imbalance. According to Ayurveda, vitiated Agni leads to toxins getting deposited in the body, which aﬀects the nervous system and hampers the passage of signals between neurons; this leads to behavioural disorders. Choosing a treatment that paciﬁes the dosha involved and clears the blockages in channels improves the ﬂow of signals and helps reduce symptoms of autism. Ayurveda provides us with some great herbs, also known as Rasayana, that help in improving the health and adaptation of children on the spectrum.

In this article, I am writing about three commonly found ingredients and what they can do to manage various symptoms of autism.

This is a wonderful herb that acts on the brain cells to improve brain function. Brahmi, also known medhya rasayana, or Bacopa, is an important herb used to improve memory, concentration, grasping capacity as well as cognitive power in children. Brahmi is also useful in correcting abnormality of emotions, speech and brain dysfunction. Kids on the spectrum get aﬀected by even small changes in their routine and hence this causes them a lot of stress and anxiety. Repetitive stress attacks start aﬀecting the brain and neurons, causing a disturbance in nerve conduction. This can lead to abnormal mood swings. Brahmi plays a very important role in pacifying brain cells and regulating these signals, thereby reducing unwanted stress and behavioural changes. Brahmi also helps in performing complex tasks such as comprehension, reasoning and improves learning.

These seeds are a rich source of ALA type of omega 3 fatty acids. Flax seeds are full of healthy fats, ﬁbre and nutrients and are referred to as superfoods. The naturally occurring fatty acids in ﬂaxseeds help in the proper nourishment and development of brain cells. They also work as antioxidants to ﬁght free radicals, which may be the outcome of oxidative stress. These seed also help relieve stress and repair the wear and tear caused due to oxidation. Fllaxseed oil is a memory-boosting food that improves concentration and recall. In addition, the high ﬁbre content of ﬂaxseeds helps stabilise bowel movement; this is important since discomfort in bowel movement is also considered a factor that impacts behaviour in kids on the spectrum.

Ginger is a great herbal medicine consumed in the form of food and it oﬀers various health beneﬁts. Ginger contains gingerol, which is bioactive in the form of natural oil. Gingerol has powerful anti-inﬂammatory and antioxidant properties that help reduce inﬂammation and oxidative stress. Sunthi is a dry form of ginger used in Ayurvedic preparations. It is also known as Vishwabheshaj, which literally means a substance that can cure all kinds of diseases. The immunomodulatory properties of ginger can help in building strong immunity among children who easily fall prey to infections. Ginger also has brain-stimulating properties that practitioners use to improve nerve connections, conduction, memory and cognition. 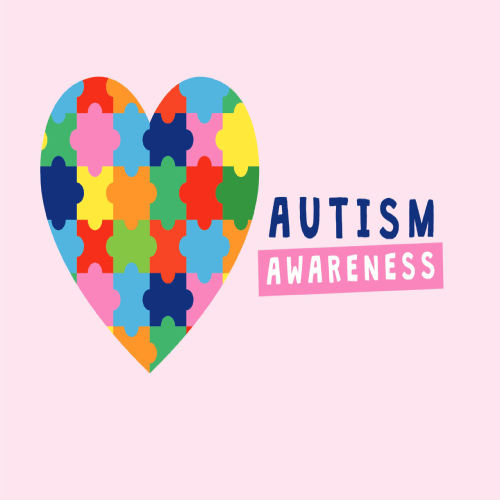 It is not uncommon for a therapist to recommend Applied Behavioral Analysis as a part of therapy for your child on the autism spectrum. This is because not only is ABA considered to be one of the most tried and tested interventions, but it also plays a key role in shaping the behavior of a … END_OF_DOCUMENT_TOKEN_TO_BE_REPLACED